As part of a statewide “RealJobs RealPay” Day of Action, the senator visited La Barberia in Suburban Station and highlighted the benefits of raising the minimum wage. 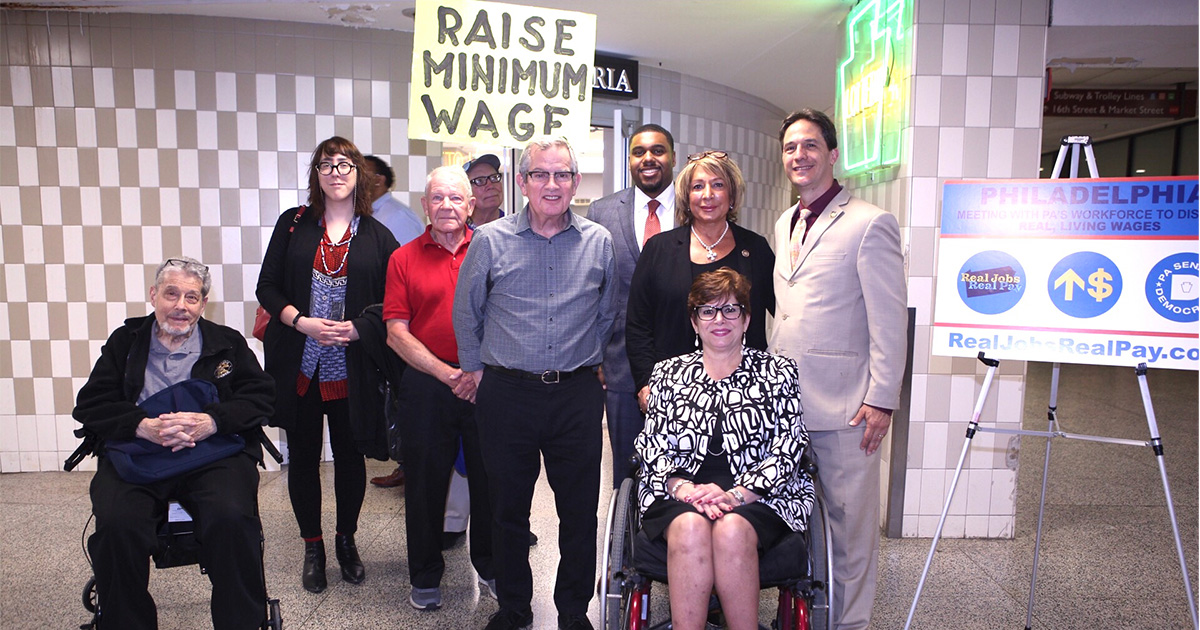 The visit to La Barberia, a full-service barber shop inside Suburban Station, was one of many events held across the Commonwealth in conjunction with the “RealJobs RealPay” day of action. Senator Tartaglione and her colleagues seek to heighten awareness about the need to raise Pennsylvania’s minimum wage and showcase businesses that understand the interdependent relationship of higher employee wages, satisfied customers, and financial success.

Senator Tartaglione is the prime sponsor of Senate Bill 12, which proposes to raise Pennsylvania’s minimum wage for the first time in a decade. The legislation calls for an increase from $7.25 per hour to $12 this year, and additional annual increases that would lead to a $15 minimum wage by 2025.

La Barberia has locations in Philadelphia and in Jenkintown, Montgomery County. Owner Michael O’Connor said: “We know that by paying fair wages, our employees are happier and they stick around, providing the great service that keeps our customers coming back and recommending us to others. When the minimum wage goes up, businesses will see costly turnover go down.”

At 40 hours per week for 52 weeks, the minimum wage converts to annual earnings of just over $15,000 a year, which is below the federal poverty level for a family of two, such as a single parent and child. Among those who would benefit directly from Senator Tartaglione’s minimum wage legislation, 61 percent are women, 55 percent work full time, and 24 percent are parents.

“Higher wages put more money into workers’ pockets. Seeing as workers are consumers too, they will be able to spend more at the businesses they patronize,” Senator Tartaglione said. “In turn, businesses will grow and be able to employ more people.”