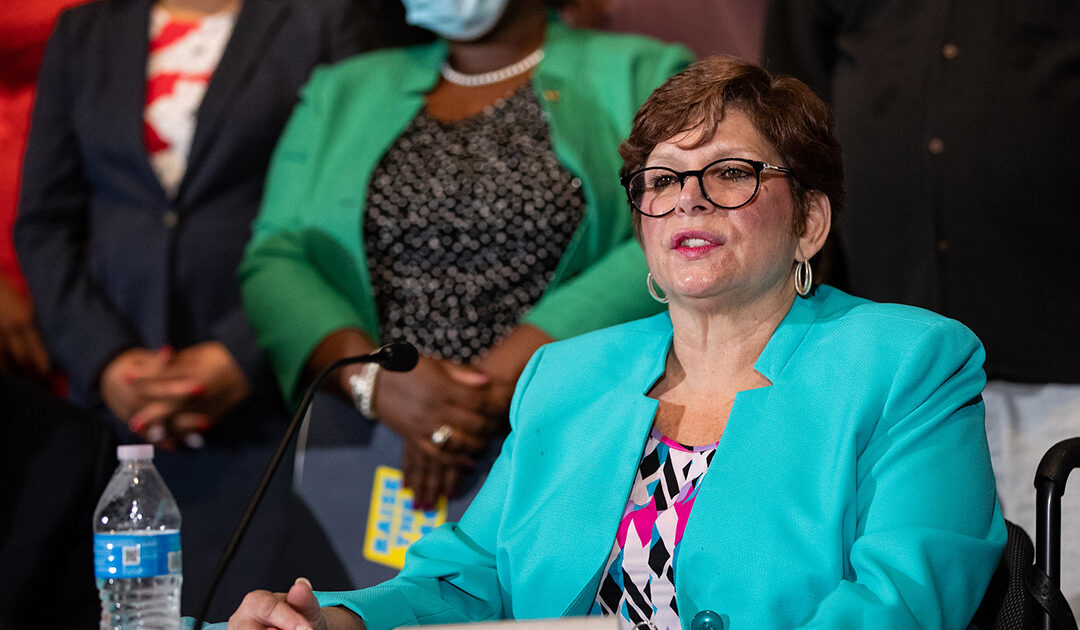 PHILADELPHIA, July 9, 2021 – On the 15th anniversary of the signing, state Sens. Vincent J. Hughes and Christine M. Tartaglione today marked the enactment of Pennsylvania’s last minimum wage legislation with a reenactment and rally with state leaders at the site of the 2006 ceremony.

Hughes and Tartaglione were joined by Gov. Tom Wolf, former Gov. Ed Rendell, U.S. Rep. Dwight Evans, and House Democratic Leader Joanna McClinton along with House and Senate Democrats to remember the fight to get Senate Bill 1090 passed and to recognize the leaders who continue to  speak out against poverty wages in Pennsylvania.

“My landmark 2006 minimum wage bill represented what intelligent, conscientious legislators with contrasting points of view can achieve when we dedicate ourselves to finding common ground. We fought and clawed our way through misinformation, dubious studies, and corporate greed to deliver relief for 400,000 Pennsylvania workers and their families,” said Tartaglione, who was the author and prime mover behind Senate Bill 1090 (Act 112) in 2006. “But now that widely-celebrated legislation is a glaring example of how far we have fallen behind our neighbors and our nation. The time to correct this economic and moral failure is now.”

Hughes, who sat with Tartaglione and Gov. Ed Rendell for the 2006 signing at Sharon Baptist Church, said the bill proved the skeptics spectacularly wrong.

“We were told Senate Bill 1090 would cost jobs.  We heard dire predictions and gloomy warnings and fake reports from the business lobby,” Hughes said. “None of it was true. Poverty shrunk.  Jobs grew.  Thousands of Pennsylvanians saw their buying power rise to where it was a decade earlier. You can’t tell us we can’t afford to pay better than poverty level wages.  We know better.”

Act 112 raised Pennsylvania’s minimum wage from $5.15 to $7.15 over two years before the federal government raised the current rate to $7.25 where it has remained.  A Pennsylvania Department of Labor and Industry report compiled after the increase showed it was broadly successful at raising wages and predictions of job loss were met with thousands of jobs gained in sectors that employ minimum wage workers.

“The fact that Pennsylvania’s minimum wage hasn’t increased in 15 years is an embarrassment,” said Gov. Wolf. “It’s an insult to hardworking Pennsylvanians who are doing the same amount of work, but finding that their paychecks cover less and less every single year. The Republican majority in the General Assembly refuses to do the right thing for workers in our state. Our minimum wage is leaving Pennsylvanians behind, and that’s just wrong.”

Tartaglione has continued to offer new minimum wage bills  that have not been moved by the Senate majority.

“It is an absolute travesty and an insult to workers everywhere that other legislators have been blocking Pennsylvanians from raising the minimum wage for 15 years. 15 years!” said Sen. Tim Kearney, who spoke at the rally urging a full Senate vote on a minimum wage update.

Tartaglione’s current bill,  Senate Bill 12, would raise the minimum wage to $15 in a series of increments over six years.  It remains idled in the Senate Labor and Industry Committee. 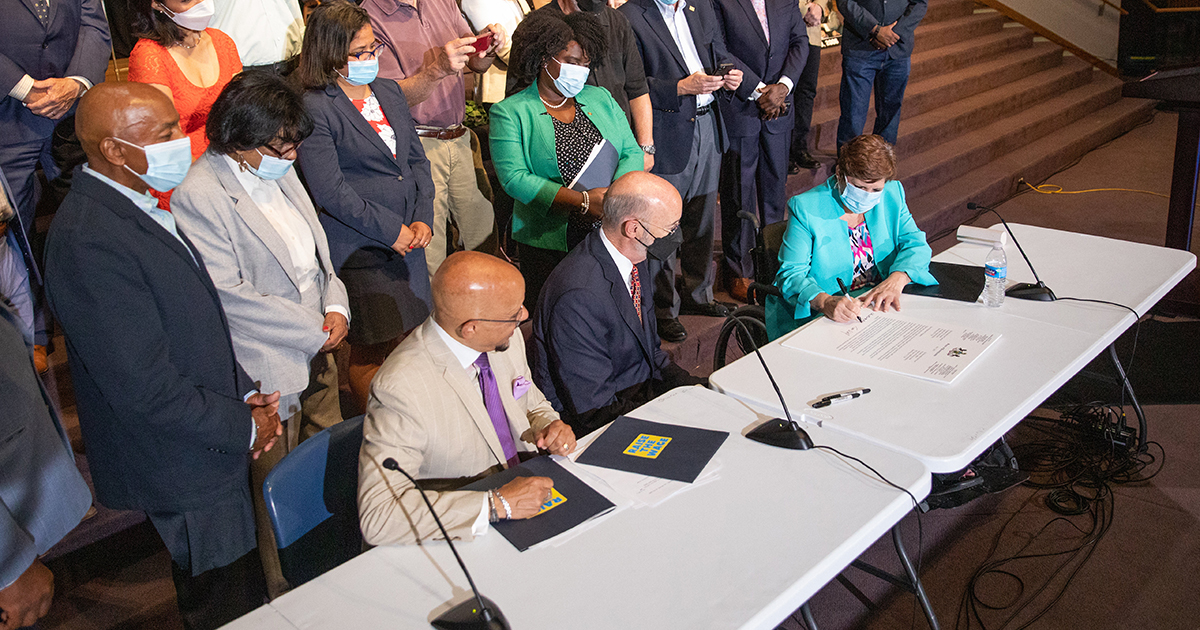 Participants at the rally signed a letter to Senate majority leaders asking for a vote and predicting it would pass if allowed on the floor.

“The minimum wage is nowhere near a livable wage,” said Sen. Amanda Cappelletti, who represents parts of Delaware and Montgomery counties. “In my district, there is no affordable housing available for those making at or near our current minimum. It is past time to do something about it. We must raise it immediately.”

Sen. Katie Muth, who represents parts of Montgomery, Chester and Bucks counties called the current minimum wage “shameful” and said its value would be far higher if adjusted to make up for decreasing buying power.

“I encourage those who oppose increasing Pennsylvania’s minimum wage rate from the shameful poverty rate of $7.25 an hour to try it for themselves with an annual salary of less than $15,000 after taxes,” she said.  “In Pennsylvania, it costs roughly  $59,340 for a family of four to afford basic needs.  Had the minimum wage increased at the rate of productivity since the early 1960’s, it would be around $22.50.  Income inequality is preventable and those with the majority power in Harrisburg have been holding hardworking Pennsylvanians hostage with their inaction.”