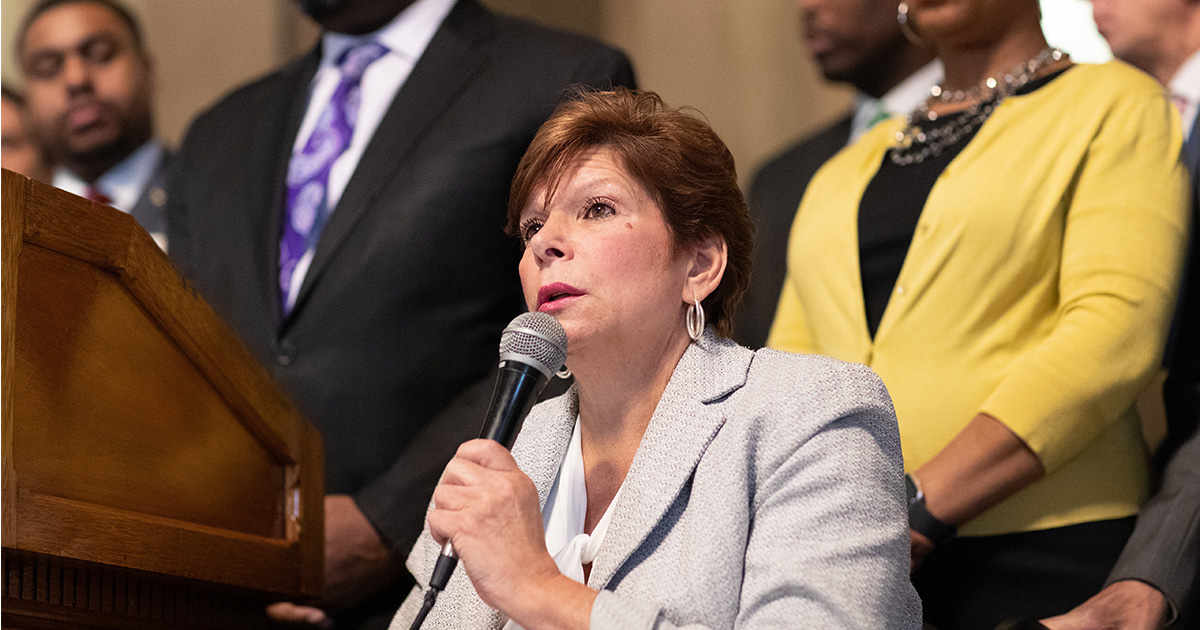 Harrisburg − June 24, 2022 − Co-chairs of the Pennsylvania Women’s Health Caucus (WHC) and members of the Pennsylvania State Senate Democratic Caucus criticized today’s ruling by the U.S. Supreme Court on Dobbs v. Jackson Women’s Health Organization. The ruling by the court not only upheld a Mississippi law banning abortion after 15 weeks but also goes further and overturns both Roe v. Wade and Planned Parenthood v. Casey, opening the door for states to outright ban or severely restrict abortion.

The ruling eliminates the constitutional right to an abortion recognized by the 1973 Roe v. Wade decision. Since a draft of the opinion written by Justice Samuel Alito was leaked and its authenticity subsequently confirmed by the court, advocacy groups, elected officials, and stakeholders have been issuing dire warnings about what such a radical decision would mean and the detrimental impact it would have on the health of millions of Americans.

After today’s decision, the 13 states that passed trigger laws now have bans or severe restrictions already enshrined into law, leaving millions of Americans without access to abortion immediately. Arkansas, Idaho and Oklahoma law now criminalizes abortion with penalties ranging from 5 to ten years in prison.

“The Supreme Court’s decision is absolutely gutting and a severe blow to women across the country,” said WHC co-chair Sen. Judy Schwank (D-11th). “We have a maternal mortality crisis in the commonwealth and the U.S. that will only be furthered by this reckless and ideologically driven decision. Our goal now needs to be preserving the access Pennsylvanians currently have to reproductive health care that will no doubt be subject to renewed attacks in the state legislature.”

“The overturning of Roe v. Wade is a devastating decision that will impact millions of women and child-bearing individuals across the country,” said WHC co-chair Sen. Amanda Cappelletti. “Women and child-bearing individuals are not second-class citizens. Bodily autonomy is a human right and abortion is still legal in Pennsylvania. I will do everything in my power to ensure it stays that way here in our commonwealth.”

“Despite today’s decision, here in Pennsylvania, we have to ensure that we maintain the right to legal and safe abortion access and that we continue fighting for women and families across the state for this option,” said WHC co-chair Rep. Morgan Cephas (D-192nd). “Limiting access to abortion healthcare will only exacerbate the maternal health care deserts that we’ve seen across our state and worsen the burden of the decisions that women and families need to make during this challenging time in their lives.”

“This decision is not only an extreme disappointment, but it is completely out of step with what the majority of Americans support, including here in Pennsylvania,” said State Senate Democratic Leader Sen. Jay Costa (D-43rd). “When reproductive rights are threatened, women’s health care on all levels is at risk. Instead of restricting health care for women, Senate Democrats are committed to making the healthcare system work even better for women and their specific health needs. Instead of stripping women of their rights and opening the door for others to lose fundamental rights as well, Senate Democrats will use our positions to identify real health challenges and solutions for women in this Commonwealth. Proactive, unbiased, convenient, and supportive healthcare should easily be a reality for women, and we will continue to make it a priority.”

“It’s a very scary day for our country,” said Sen. Katie Muth (D-44th). “This decision shows that the highest court in the land now includes radical politics into their decision-making process. This is what happens when the bench is stacked by a President who was unfit to serve the public. Now, we must take our anger and turn it into action, and hold every elected official accountable because we will never back down in the fight to protect our rights, our bodies, and our right to choice.”

“While this decision was expected, it is no less devastating,” said Sen. Maria Collett (D-12th). “Without Roe, what happens in the Pennsylvania legislature is more important than ever, and members of the Republican majority have already moved unpopular bills that turn back the clock and effectively ban all abortion. We need to be expanding access to healthcare across our commonwealth, not eliminating it, and I will continue to fight to ensure women can control their own medical decisions.”

“Fundamentally, the SCOTUS’ decision to overturn Roe v. Wade is an attack on every person’s constitutional right to make decisions about their bodies and reproductive health,” said Sen. Tim Kearney (D-26th). “Research shows that limiting access to abortions will cause more harm, inequities, and possibly deaths—especially for the poor and communities vulnerable to health disparities or lack of adequate healthcare. Now Pennsylvania must take the necessary steps to protect abortion rights. The onus will fall on our Commonwealth, and voters this coming election to select candidates whose policy positions align with their own. We must do what we can to ensure that Pennsylvanians continue to have access to safe and legal abortions.”

“To say I am disappointed in this decision would be a tremendous understatement,” said Sen. Carolyn Comitta (D-19th). “This ruling from the Supreme Court is a blatant attack on the personal freedoms, reproductive rights, and access to healthcare of women across the nation. Abortion is healthcare. Decisions women make about their own bodies should only be between them and their doctors. Today’s ruling will stand as an organizing call to redouble our efforts to protect reproductive rights and access to vital women’s healthcare in Pennsylvania and across the U.S.”

“I am appalled and disappointed in the Supreme Court for overturning decades of precedent and nearly overnight rolling back generations of work that had been hard-fought and won,” said Sen. Christine Tartaglione (D-2nd). “Make no mistake, the Supreme Court today did not end abortions in the United States, they ended safe abortions in the United States. We must now continue the fight that so many have been fighting for years and elect pro-choice, pro-women candidates this fall. We must now act to ensure and enshrine in Pennsylvania law the right to access abortion care for all women.”

Collectively, the WHC co-chairs are now expressing the importance of organizing around abortion rights and moving to preserve the access to abortion that is currently available in Pennsylvania.

As of now, abortion remains safe and legal in Pennsylvania, however, Pennsylvania House and Senate Republicans have signaled they will move aggressively to ban or restrict abortion in the commonwealth.