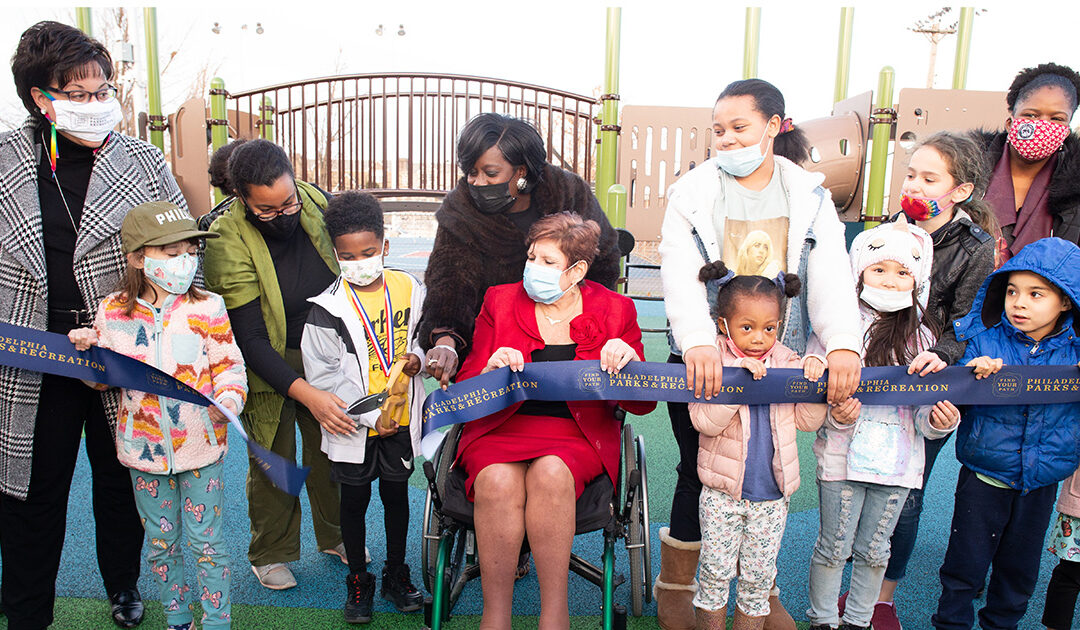 “The Tarken Rec Center has been an important part of the Oxford Circle neighborhood as well as the Greater Philadelphia community for decades,” said Senator Christine Tartaglione. “The renovations to the basketball and futsal courts as well as the playground are a shining example of the greatness of Philadelphia parks.”

“Parks & Rec is working hard to expand access to athletic recreation for our city’s youth,” said Philadelphia Parks & Recreation Commissioner Kathryn Ott Lovell. “The new courts and playground here at Tarken provide a safe place to play for all ages. We thank Councilmember Parker, Representative Solomon, and Senator Tartaglione, for all of their support in this project.”

The nearly $500,000 project was made possible by the Pennsylvania Department of Community and Economic Development (DCED) and the Keystone Recreation, Park, and Conservancy Fund.

“Our neighborhoods thrive when there are strong public spaces where our families can learn, play, and gather together safely,”  said Councilmember Cherelle Parker. “The improvements at Tarken Rec Center are a direct reflection of local and state leaders working together to invest in communities and people, and to create spaces where people can do all of those things. As this community continues to grow and evolve, we are working collectively to ensure that our rec centers, libraries and parks are equipped to meet the needs of the people, of all ages, who call this neighborhood home.”

“Government works best when we do things together,” said Representative Jared Solomon. “We are building community by uniting local and state government together, all working to revitalize our community. We are creating a safe, creative, and dynamic space where families can come and build relationships to create bonds that will make for a stronger neighborhood.”

“I look forward to all the pick-up games, practices, and tournaments that will take place on these courts. More courts means more opportunities for kids to join teams, learn new skills, and have fun. Facilities like these are crucial to the health and wellness of the Tarken community,” said Tygh Kane, site supervisor at Tarken Recreation Center.